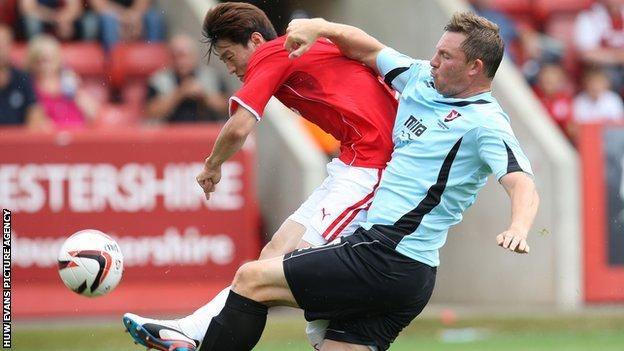 New signing John Brayford made his Cardiff City debut as they warmed up for their Premier League debut with a 1-1 draw at League Two Cheltenham Town.

The full-back, a £1.5m buy from Derby County, was introduced for the final half-hour in place of Matthew Connolly.

Cheltenham had taken an early lead when Steve Elliott flicked on a corner at the near post for Troy Brown to score.

But Craig Bellamy and Fraizer Campbell combined well for Kim Bo-Kyung to equalise with a low 20-yard shot.

Both sides were denied further goals by offside decisions, with Campbell hitting the back of the net for the Bluebirds and Brown on target for Cheltenham.