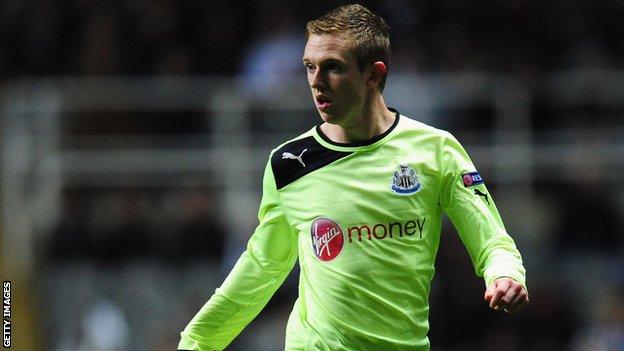 Shane Ferguson has joined Championship side Birmingham City on a season-long loan deal from Newcastle United.

The 22-year-old winger, who spent three months on loan at St Andrew's last season, will link up again with Birmingham boss Lee Clark.

"He did really well for us last season and I'm sure the fans are very happy to have him back."

Northern Ireland international Ferguson signed a five-year contract with Newcastle in 2011 but will hope to get more first-team experience with the Blues.

"I think it will be good move for him playing week in and week out, which he hasn't really done at a first-team level, because he'll get stronger and stronger," Clark added.