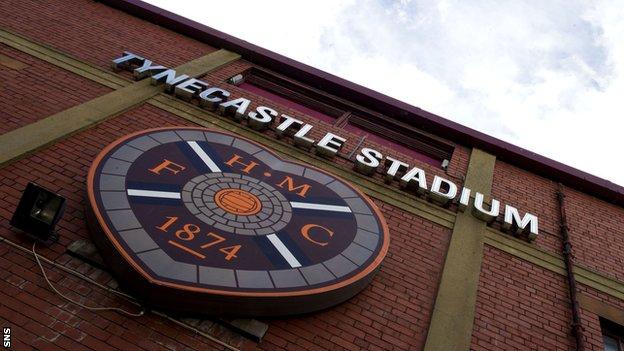 A Scottish FA judicial panel tribunal regarding Hearts' insolvency event has been postponed.

The club received a notice of complaint after entering administration.

"Due to the unavailability of tribunal members, today's [Thursday's] judicial panel tribunal has been postponed," read an SFA statement.

"The principle hearing relating to the notice of complaint issued to Heart of Midlothian will now take place on Thursday 1 August."

Hearts are in breach of Disciplinary Rule 14(g): "suffering an insolvency event by entering into administration", the SFA said earlier this month.

The club have debts of £25m - owed to companies formerly owned by Vladimir Romanov, who first invested in the club in 2005.

Gary Locke's team will start next season in the Scottish top flight with a 15-point deduction, while a registration embargo means the manager cannot sign new players.

Among the penalties the SFA could hand out are a censure, a fine or an extended signing ban.

"Any monetary penalty would be a big, big concern in how we'd get over that," he said.