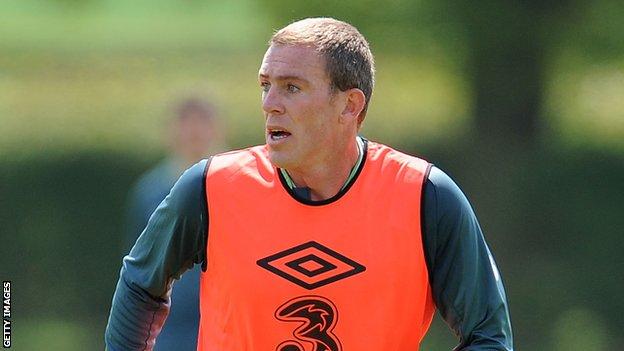 QPR have completed the signing of former Aston Villa centre-back Richard Dunne on a one-year deal.

The 33-year-old Republic of Ireland international did not play any club football last season because of a persistent groin injury.

Dunne, who left Villa Park last month, made 111 appearances for Villa after joining from Manchester City in 2009.

He added: "He will be fantastic at this football club. He's exactly the type I'm looking for."

There's an agreement in place that if he breaks down [with injury], the contract can be ended

Dunne made his first appearance in a year when he played 25 minutes in Ireland's friendly win over Georgia last month.

"Obviously he had his problems last season with the injury but there's an agreement in place that if he breaks down, the contract can be ended," Redknapp continued.

"He's confident he'll be okay and from our point of view, if he doesn't have any problems with it then we've just signed a very, very good centre-half."

Dunne, who has won 77 international caps, says the opportunity to work with former Tottenham boss Redknapp appealed to him.

"I've been very close to signing for Harry on a couple of occasions," Dunne said.

"Players want to play for Harry and I'm no different.

"I know the club didn't have a good season last term but there's a real determination to bounce back into the Premier League, which is where we all want to be.

"It's a good challenge for me and one I'm very excited about."