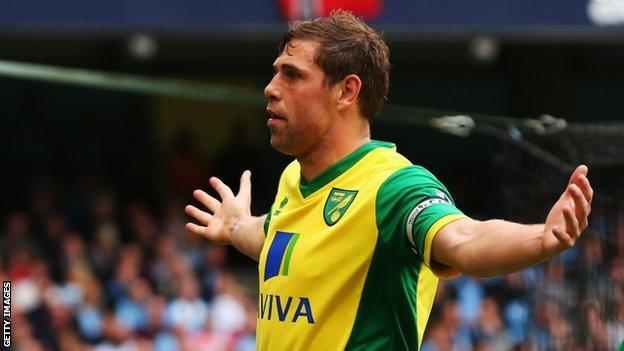 Wigan have signed striker Grant Holt from Norwich on a three-year contract for in the region of £2m.

Holt, 32, joined the Canaries from Shrewsbury in 2009 and scored eight goals in 38 appearances last season.

"This is a fantastic piece of business for us at a really good price. Grant is a proven goalscorer at every level," Coyle said.

"He will definitely bring something new to the table that we were missing in the squad."

But Arouna Kone has left Wigan, signing a three-year deal with Everton after they met a £6m release clause in his contract.

Norwich were in League One when Holt signed from Shrewsbury and he was a key member of the squad as the Canaries secured back-to-back promotions.

Holt, who was born in Carlisle, has also played for Sheffield Wednesday, Rochdale, Nottingham Forest and Blackpool and scored 68 goals in 154 league appearances for Norwich.

He handed in a transfer request last summer but eventually signed a new three-year contract with the club.

221 comments
Back to top
unknown