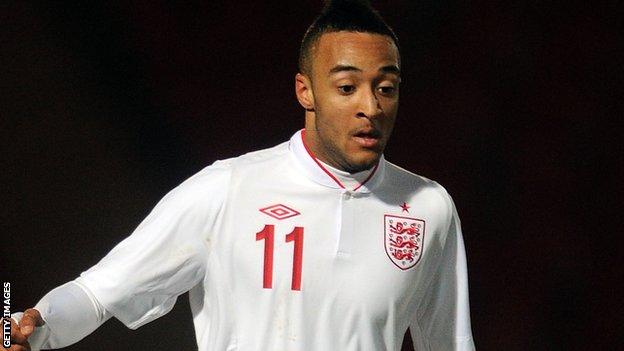 Norwich City have signed Birmingham City winger Nathan Redmond in a deal reportedly worth up to £3.2m.

Cash-strapped Birmingham will only receive the full value of the transfer when a series of add-ons are met, with the initial fee thought to be slightly in excess of £2m.

The 19-year-old, who played 42 times last term, has agreed a four-year deal.

"He was very influential on my career at Birmingham," Redmond told the Norwich website.

"He gave me the chance to play and the chance to express myself every time that I stepped on to the field and I feel like on the bigger stage he'll do exactly the same thing.

"I'd probably say I've played some of my best football under him so far."

Redmond's first Blues appearance came as a substitute in a League Cup game against Rochdale in August 2010 and he went on to play 81 times and score eight goals.

The teenager's performances earned him a call-up to the England Under-21 squad for the European Championship this summer.

Hughton added: "He is a player that was of interest to us for some time and the situation has now come about that we can get him on our terms.

"He's someone we can bring into the forward areas and primarily has played on either wing in his career so far, but can also play off the front."