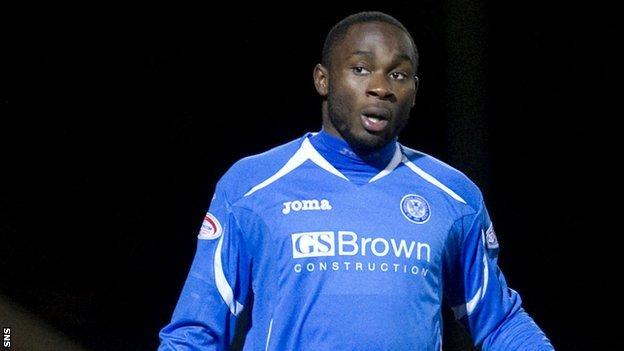 Striker Oyenuga, 20, who spent part of season 2011-12 on loan at St Johnstone, and 22-year-old defender Butcher had been on trial at the Tayside club.

Butcher has agreed a two-year deal with the Tannadice club, while Oyenuga's contract runs until May 2016.

"They are young, hungry, excellent footballers with something to prove," said United manager Jackie McNamara.

"Calum is an aggressive centre-half who is also comfortable with the ball at his feet.

"Kudus will excite our fans. He is quick, direct and always looking to score goals.

"We have now brought in eight new faces over the summer and I am excited by what we can achieve this coming season."

The pair played together last season in the Conference South for Hayes & Yeading United.

United head off on their pre-season tour to Germany and Spain this weekend.

McNamara has had a number of other players on trial, including Graham Carey, who was released by St Mirren.

"There are two areas I would like to strengthen - the centre of defence and possibly left-back, depending on how Graham Carey does," he said.

"Young Andrew Robertson has looked very good in training but he is 19 and ideally I would like two fighting for the position."