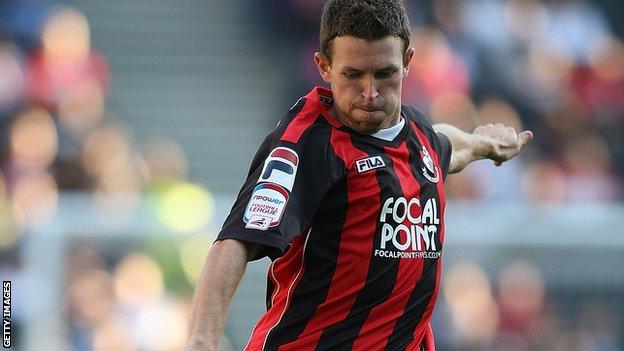 Bournemouth defender Stephen Purches is set to take up a new player-coach role at the club.

The 33-year-old has not played for the Cherries since suffering a broken leg against Rochdale in February 2012.

"It's a big thing to have the opportunity to work with the gaffer and the coaching staff here," Purches told the club website.

"It's been hard work combining the two roles but I've missed playing and coaching is the closest thing to it."

Purches is in his second spell with the club after rejoining Bournemouth from Leyton Orient in June 2010.

"It's been a good thing to do," he continued.

"It's helped me find my feet in terms of playing again and coaching.

"I've really enjoyed the first week or so of pre-season and I'm just looking forward to the future now."