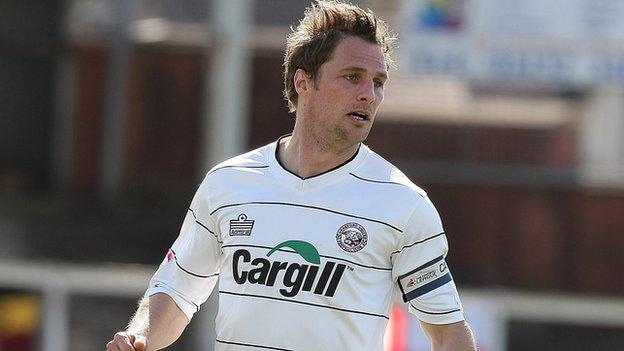 Hereford United have signed Rob Purdie for a third time and brought the 30-year-old midfielder back to Edgar Street as player-coach.

Purdie was first signed for Hereford by Graham Turner in 2002 after being freed by home town club Leicester.

He was released in 2007 and had spells with Darlington and Oldham before rejoining Hereford in January 2011.

Purdie originally discussed a coaching role a year ago, but instead accepted a more lucrative deal with Shrewsbury.

But he was released by the League One club at the end of last season, having made just 12 starts, allowing him to return to Edgar Street and take up the dual role.

"Although he's not got any coaching qualifications at the moment, he's got the right attitude," said Bulls boss Martin Foyle.

"I feel he could be a potential Hereford manager in a few years' time.

"He's good around the dressing room and versatile, which is exactly what I need in the squad this year."

Foyle has made two further additions to his backroom staff by appointing Ian Harris as chief scout and goalkeeping coach, with Steve Jenkins recruited as part-time youth team coach.