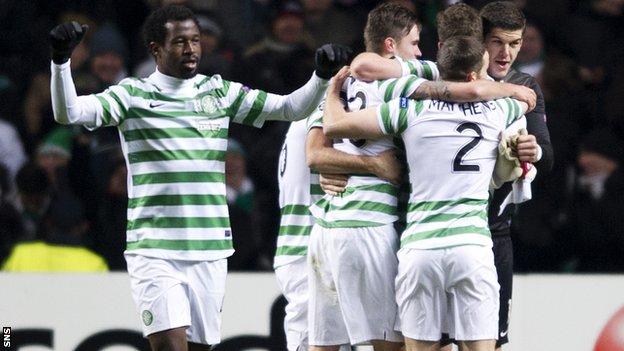 The first leg of the second round tie is at Solitude in Belfast on Wednesday, 17 July with a 19:45 BST kick-off.

The game will be on BBC Two Scotland, BBC Two NI and the BBC Sport website, while BBC Radio Scotland and BBC Radio Ulster will also provide commentary.

Celtic reached the last 16 of the Champions League last season, losing out to Juventus.

The second leg of the qualifying contest will be played at Celtic Park a week later.

Ewan Angus, head of sport at BBC Scotland, said: "It's great to collaborate with colleagues in Northern Ireland to bring our audiences the first competitive fixture of the new season as Celtic and Cliftonville kick off their European adventure."

Shane Glynn, BBC Sport NI editor, added: "When the draw was made, this was the game everyone was talking about.

"We're absolutely thrilled to be bringing our audience live coverage, across all our platforms, of such a mouth-watering tie."

Should Celtic progress, they will need to win two more qualifying rounds to reach the Champions League group stage.

However, as league winners, Neil Lennon's side would be seeded in the champions section of the draw for both the third qualifying stage and the play-off round.