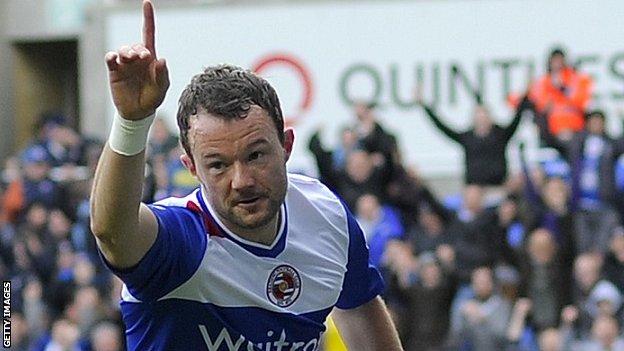 Leeds United have made former Reading striker Noel Hunt their third signing of the close season.

The 30-year-old, who played under Brian McDermott when the Leeds manager was in charge at the Madejski Stadium, has agreed a two-year contract.

McDermott told the Leeds website: "Noel will bring an awful lot to our squad, on and off the pitch."

The Republic of Ireland international had a medical at the club's Thorp Arch training ground on Wednesday and his arrival follows the signing of striker Matt Smith from Oldham and Crewe midfielder Luke Murphy.

McDermott continued: "He is a player I scouted five years ago when he was playing for Dundee United.

"He's an infectious character and I'm sure he will engage Leeds fans with his desire, determination and never say die attitude."

Meanwhile, the club have also confirmed that academy prospects Afolabi Coker and Smith Tiesse have signed their first professional contracts.