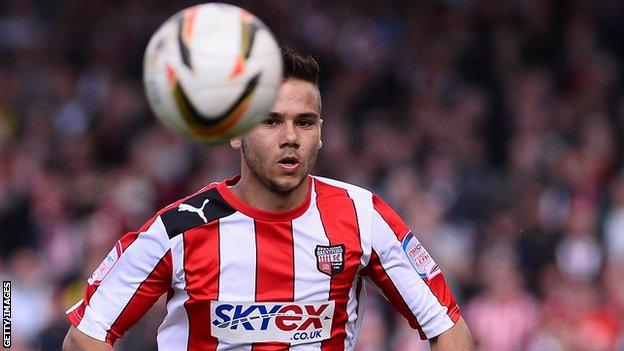 Forrester, 22, joined the Bees in 2011 after failing to make a single senior appearance for the Premier League club.

He made 48 appearances for Brentford last season, scoring 11 goals.

The Bees offered Forrester a new deal which the player rejected and, as he is under 24, Brentford will be entitled to compensation for the transfer.

A tribunal may be required if an agreement cannot be reached.

Mark Warburton, Brentford FC sporting director, told the club website: "Whilst sorry to see Harry depart Griffin Park, it simply underlines the fact that whilst we as a club will move to attract and secure talented individuals, we only want players who are absolutely committed to Brentford FC.

"We will make very positive and aggressive offers to retain the services of key staff, but not seek to break the pay structures that we think are appropriate."