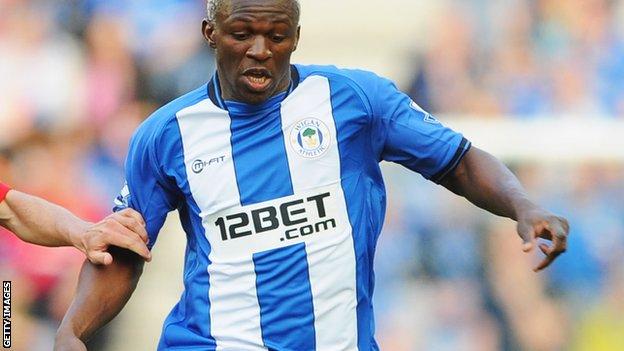 The Ivorian striker, 29, joined the Latics from Levante in August 2012 and scored 11 goals in the Premier League.

If his heart's elsewhere then he's no good to me

"I'm led to believe through his representative that Everton is the club he wants to join," Coyle told BBC Radio 5 live.

"It's not rocket science to say that Arouna Kone will probably leave at some point this week. There have been a number of offers in for him.

"There is no problem, he goes with our blessing because I need players who need to be at Wigan. If his heart's elsewhere then he's no good to me."

Kone signed a three-year contract when he joined Wigan last summer and was part of the side that won the club's first major trophy when they beat Manchester City 1-0 to win the FA Cup in May.