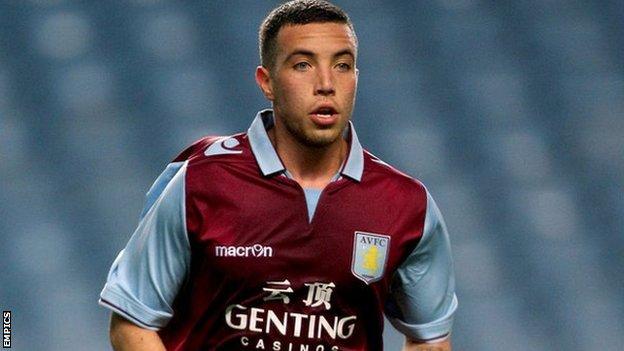 Aston Villa's Republic of Ireland Under-21 international Samir Carruthers has signed a new two-year contract with the Premier League club.

The 20-year-old Islington-born midfielder, who began his career on Arsenal's books, did not feature under Paul Lambert last season.

He made his debut under Alex McLeish in April 2012, with three sub appearances.

Both will stay at Villa Park until 2015.

"Last year I made some squads and I was close to the first team," said Carruthers. "But nearly isn't good enough. Even if I do get a game or two I haven't made it yet. I want to be playing every single week.

"Now I'm hopefully training with them every day. If I can keep fit and avoid injuries you never know. The first game is against Arsenal and all of the places are up for grabs."