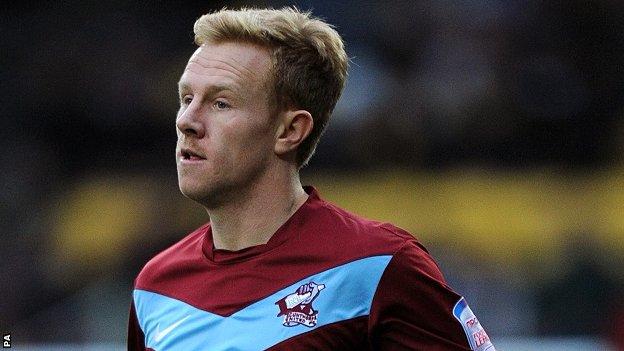 Scunthorpe United chairman Peter Swan has confirmed a fee has been agreed with Doncaster Rovers for the sale of winger Mark Duffy.

The Iron had previously turned down two offers for the 27-year-old from the Championship club, with manager Brian Laws describing them as "derisory".

But Laws has admitted his budget is 40% lower than last season, and Duffy now seems certain to leave.

Only one player in League One created more chances than Duffy last season.