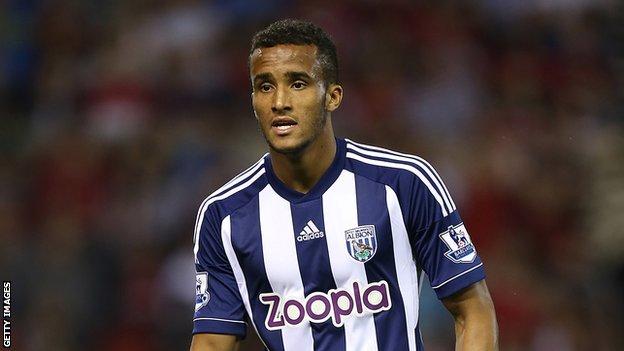 The 21-year-old, who has been playing for Icelandic side IBV this summer, has signed a one-year deal.

"I'm looking forward to a new chapter in my career.

"It was disappointing that I didn't play more Premier League football, but sometimes you have to take a step back to go forward again," the right-back told the League One club's website.

"I know a couple of the other lads and I've had a good spell in Iceland so I feel fit and raring to go."

Hurst, who has represented England at Under-16, Under-17, Under-19 and Under-20 level, spent time on loan at Birmingham and Shrewsbury last season.

He began his career at Portsmouth, but failed to make a senior appearance at Fratton Park and moved to West Brom in 2010 following a previous loan spell with IBV.

He was restricted to three appearances in all competitions for the Baggies and had five separate loan spells away from the Hawthorns during his time with the Premier League side.

"Right-back was a key position for us when it came to adding to the squad," Barker said.

"He's a terrific defender but he loves to get forward and fits the template of player I want in our squad - someone who is young, athletic with a willingness to learn and improve and [has] a terrific attitude."