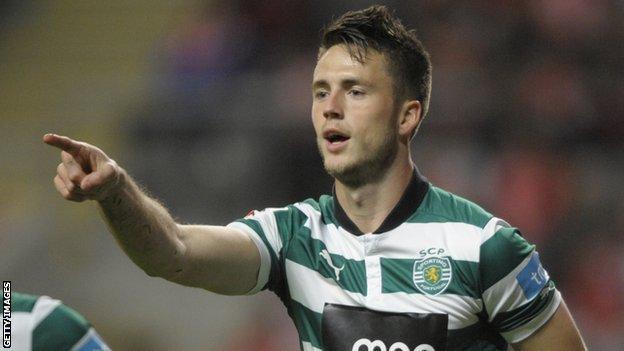 Van Wolfswinkel's girlfriend is the daughter of Neeskens, who played 49 games for the Netherlands.

"I spoke to him before I came to Norwich," 24-year-old Van Wolfswinkel told BBC Radio Norfolk.

Neeskens, a former midfielder of Ajax and Barcelona, was part of side that was considered one of the best of all time and reached World Cup finals in 1974 and 1978.

"To have a guy with his experience behind me is good," said the former Utrecht striker.

"It means I can always ask him about something and he will always help me."

Van Wolfswinkel has believed to be around £8.5m, from Sporting Lisbon, where he scored 28 goals in 56 league games.

He understands the expectation he will carry at Carrow Road to find the net for a side who were among the four lowest scorers in the Premier League last season.

"I see it as a motivation. I see the confidence the people at the club have in me," said the twice-capped Dutch international.

"I'm used to some pressure, of course, and I'm looking forward to playing in a full stadium and showing the people what I can do.