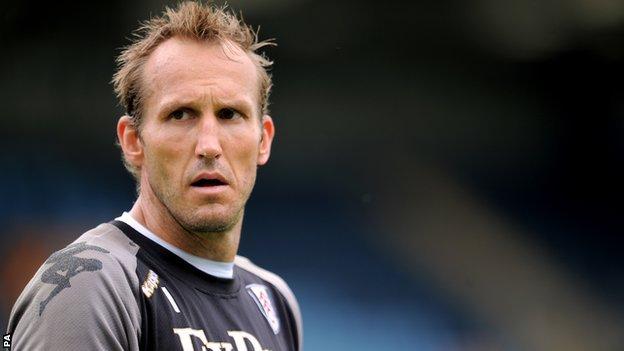 Veteran goalkeeper Mark Schwarzer is to leave Fulham after turning down a new contract, the club has announced.

Schwarzer, 40, who joined on a free transfer in 2008 from Middlesbrough, is the first overseas player to make 500 top-flight appearances.

He had said that he would not decide his future until after Australia's crucial 2014 World Cup qualifier against Iraq last month, which the Socceroos won to reach their third successive World Cup finals.

Schwarzer is one of a number of first-team players leaving the club.