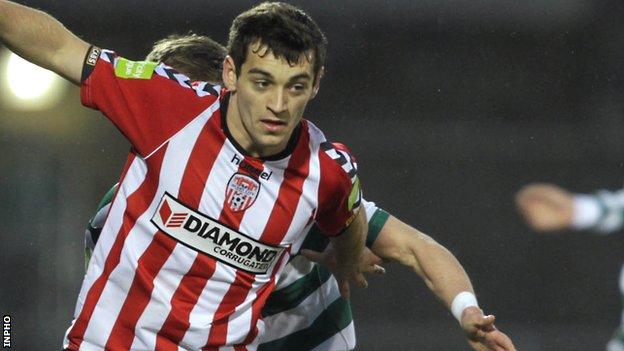 The 22-year-old left the League Two outfit by mutual consent after a five-month spell at Bootham Crescent.

McDaid had originally agreed an 18-month contract after joining from Derry City in January, having scored 28 goals in 105 games for the Brandywell club.

The Candystripes have also completed the signings of goalkeeper Eugene Ferry and Institute defender Dean Jarvis.

In 2008, Northern Ireland-born McDaid made two appearances for the Republic of Ireland Under-19s.

He spent four years at Derry prior to his move to York, who are now managed by former Northern Ireland boss Nigel Worthington.

"I was enjoying life at York and getting fitter, but when the new manager came in it wasn't happening for me and I wasn't playing," explained McDaid.

"Other clubs expressed an interest in me but I wouldn't play for any League of Ireland club other than Derry City - I'm happy to be turning out for my hometown club again."