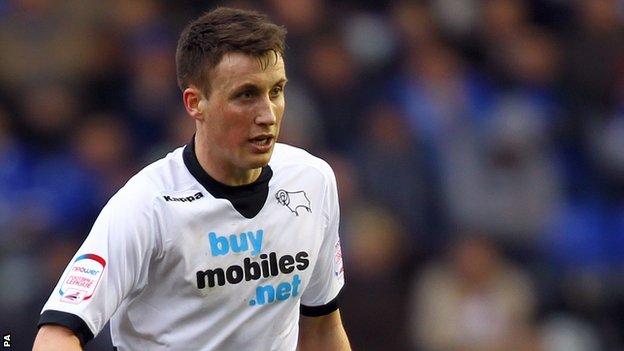 Derby County have completed the permanent signing of Watford left-back Craig Forsyth for an undisclosed fee, thought to be around £150,000.

The 24-year-old Scot played 10 games while on loan with the Rams last season and has signed a three-year deal with the Championship club.

Forsyth told BBC Radio Derby: "I'm delighted to get it all signed up.

"I enjoyed it last season. I played regularly so when the club said they wanted to do something I jumped at it."

Forsyth joined Watford in June 2011 as a left-midfielder and was mainly used in that position or as a wing-back by the Hornets.

But he struggled to win a starting place under manager Gianfranco Zola and was converted to a left-back by Rams boss Nigel Clough.

Forsyth added: "I have had a couple of years of being in and around squads and being in and out. That does get to you a bit so hopefully I can play regularly here."

Forsyth is expected to fill the gap left by Gareth Roberts, who was released in May.