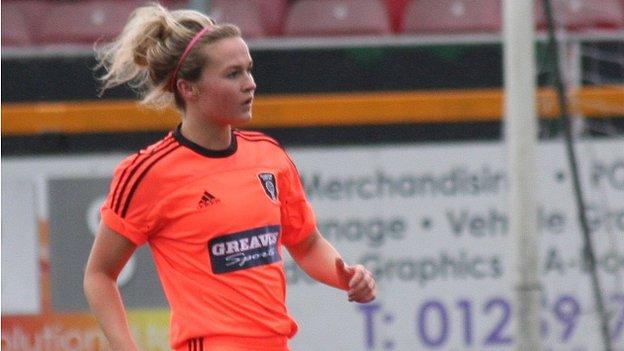 Emily Thomson scored on her debut as league leaders Glasgow City entered the midseason break with a 10-0 win against Falkirk Ladies.

Rangers, who are third in the Scottish Women's Premier League, were also 10-0 victors, defeating Kilwinning.

Second-place Hibernian recorded a 4-1 win against Forfar Farmington while Buchan were beaten 6-1 by Spartans.

There were also wins for Aberdeen over Celtic and Hamilton against Hutchison Vale.

There were also braces for Hibs duo Kirsty Smith and Claire Emslie as well as Lana Clelland of Spartans.

The results involving Aberdeen and Forfar consigned the latter to the bottom six for the second half of the season.

The league resumes on 28 July with the top six teams playing each other twice after the break and the bottom six sides doing likewise.