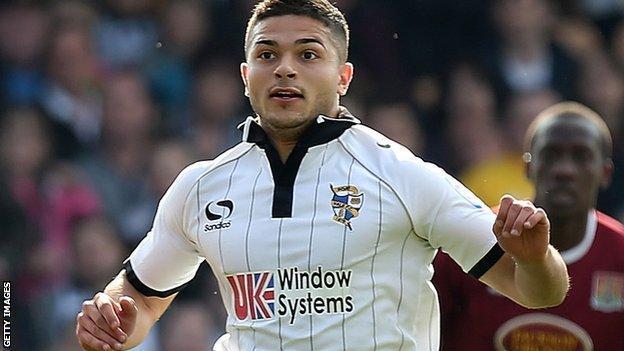 Chesterfield have signed midfielder Sam Morsy on a two-year contract for an undisclosed fee after he turned down a new deal with Port Vale.

The 21-year-old made 32 appearances for Vale last season, scoring twice, to help them win promotion to League One.

Morsy told the Spireites website: "I know the ambition of the club and I want to be a part of it

"I've known the manager for a number of years and know his philosophy. That was a big factor in my decision to sign."

Morsy began his career in the academy at Wolves, but moved on to Port Vale where he earned his first professional contract in 2010.

"He's got that little bit of devilment in him that we'll need to curb at times, but good players have that.

"When we found out that he may be available, we moved heaven and earth to get him here."