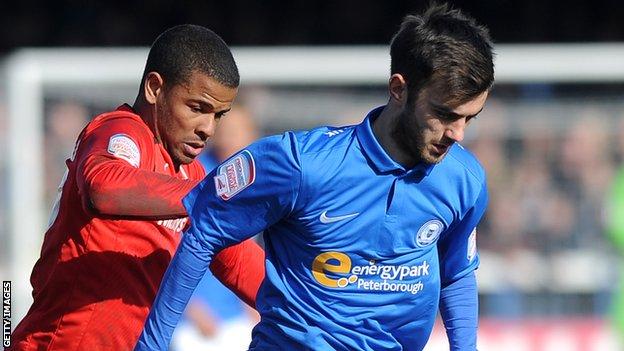 Peterborough United have signed midfielder Jack Payne from Gillingham for an undisclosed fee.

The news was revealed on Twitter by Posh chairman Darragh MacAnthony.

"Some good news non striker related. Pleased to announce Jack Payne has signed a 4 yr deal with us. Quality acquisition Poshies," he said.

Payne, 21, played 14 games for Peterborough during a loan spell last season during the club's unsuccessful fight to avoid relegation.

"Jack P will only enhance our already strong squad as we work towards competing for league 1 honours," MacAnthony's tweets continued.

Gillingham's website later confirmed the departure of Payne, who made 113 appearances for the Kent club, scoring six goals, after starting his career with them as a trainee.