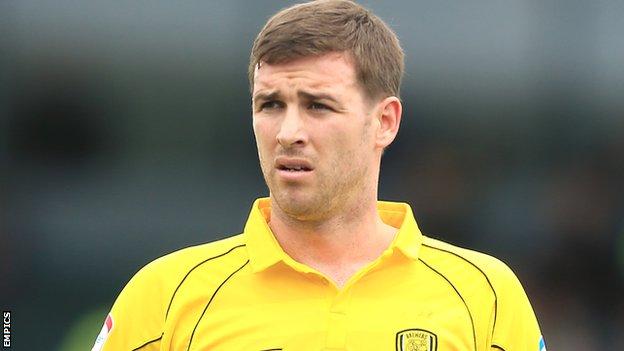 Edwards, 27, who began his career with Wigan and spent seven years at Accrington, joins from Rochdale.

Sharps, 32, and Symes, 29, were on loan last season from Rotherham and Leyton Orient respectively.

"I'm delighted to have Phil, Michael and Ian on board," Burton boss Gary Rowett told the club website.

"It is pleasing to now see the squad taking shape.

"It was important to keep the nucleus of the side together and in that respect it's great to have Michael and Ian back with us permanently.

"They both have plenty of experience, know what the club is all about and in both cases have expressed a real desire to come back here and help the side kick on next season.

"In Phil we have a player who knows what it takes to be successful at this level as well as the league above and he is a very consistent performer.

"At 27 he's also at a good age to continue progressing and I'm sure he'll prove to be a big asset to the club."