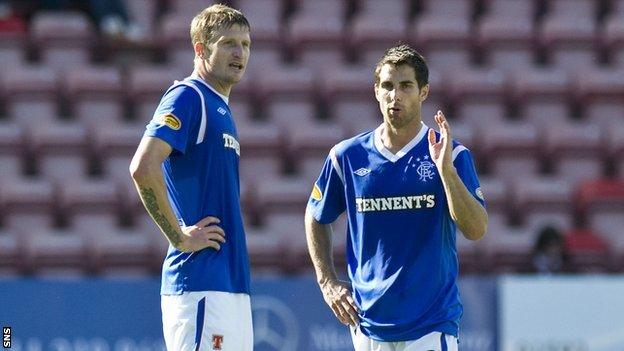 Both players had a year left on their contracts but have agreed to terminate their deals.

Bocanegra spent last season on loan at Racing Santander while Goian was loaned to Spezia.

Rangers say Romanian Goian wants to find a new club in England while American Bocanegra is keen to play in his homeland.

The loan deals for the pair last season helped Rangers reduce their wage bill as the Ibrox club won the Scottish Third Division.

Former Fulham player Bocanegra, now 34, has won over 100 caps for USA and played in France before joining Rangers in 2011.

Goian, 32, came to Ibrox the same year having previously played in Italy and Romania. He has been capped 52 times.