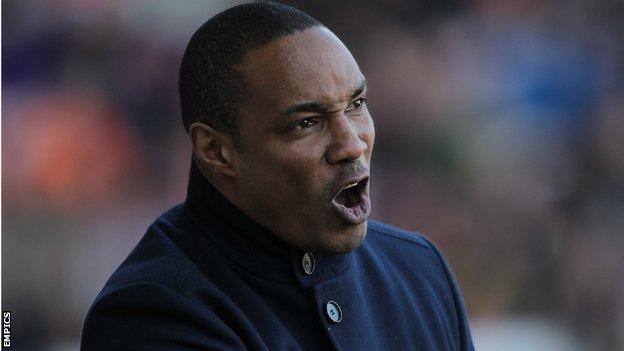 Blackpool chairman Karl Oyston has described reports he has rejected an offer of resignation from manager Paul Ince as "absolute fiction".

Oyston said that both he and Ince, currently with the Blackpool squad on a pre-season training camp in Portugal, had been left "bemused" by the story.

"He was as surprised as we were," Oyston told BBC North West Tonight.

"We had to send a picture of the headline for him to think we weren't winding him up."

We've got plenty of targets that we're chasing. There's absolutely no reason why we shouldn't recruit who we want and get them in place before the start of the season

Oyston revealed the pair had been discussing possible transfer targets in a telephone conversation on Friday morning, shortly before the reports surfaced.

And, although there has been a collective frustration at a lack of summer transfer activity at Bloomfield Road, he insisted there is no foundation to any stories of tension between chairman and manager, adding that he has a "very good" relationship with the ex-England captain.

"We both hoped we'd get players recruited before now so that they could go out to Portugal with the rest of the squad," added Oyston. "But that's not happened for a variety of reasons.

"We've got plenty of targets that we're chasing and there's absolutely no reason why we shouldn't recruit who we want to recruit and get them in place before the start of the season."

Ince, 45, became Blackpool boss in February, taking charge of their final 14 games of the Championship season.

They won four of them, drew seven and lost just three times as Ince guided the Seasiders, beaten play-off finalists in 2012, to 15th in the Championship.

"He did very well for us last season," admitted Oyston. "He took over in difficult circumstances and stabilised us very well."