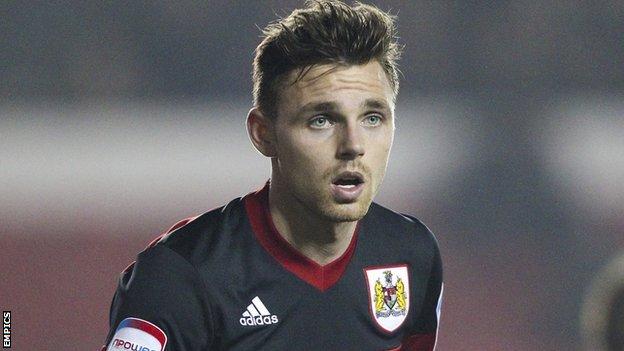 Forward Emmanuel-Thomas, 22, has a year left on his deal at Portman Road but has been placed on the transfer list by manager Mick McCarthy.

The 22-year-old made 30 appearances during the 2012-13 season, in which City were relegated to League One.

Anderson, who can play on either flank, is contracted at Ashton Gate until next summer.

Emmanuel-Thomas previously played under City head coach Sean O'Driscoll during a loan spell at Doncaster in 2010.

The ex-Arsenal youngster has been with Ipswich since 2011, making 75 appearances, but could only make three starts from October to May.

Anderson struggled to retain a place in the team under former City boss Derek McInnes, and was handed 14 of his 18 season starts by O'Driscoll, who was appointed in January.

Bar a six-month stint at Coventry, the 36-year-old has spent his entire career with the Robins, and is three games away from equalling striker John Atyeo's all-time appearance record of 645 games for the club.