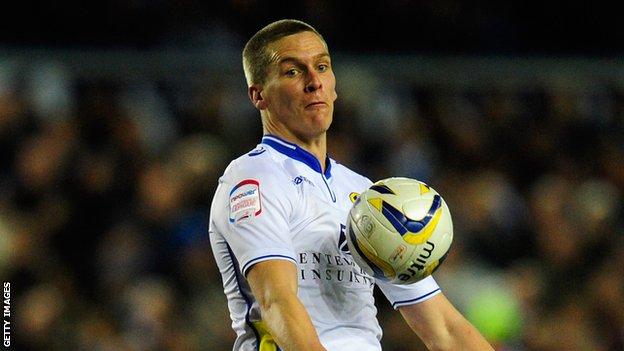 Millwall have completed the signing of Leeds United striker Steve Morison on a season-long loan deal.

The 29-year-old Wales international scored 40 goals in 95 games for the Lions during a two-year spell at the Den before joining Norwich in 2011.

"I'm pleased to be back here," he told the club website.

"If anybody has any doubts about me all I'd say is that I aim to score plenty of goals for Millwall and help this club to greater success."

He added: "I've been looking after myself in the summer. I'm fit and raring to go."

Morison joined Leeds in January as part of a deal which saw Luciano Becchio move to Norwich.

He scored three goals in 16 appearances before the end of the season at Elland Road.