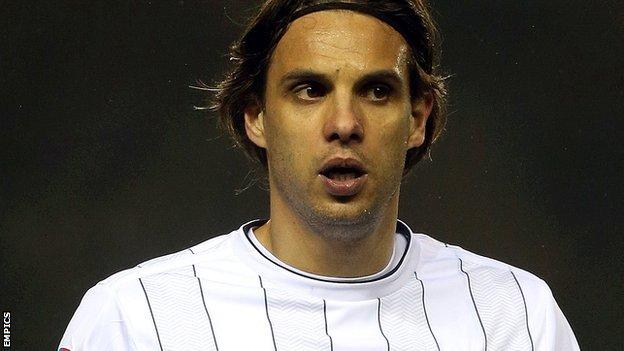 The 36-year-old striker had 12 months remaining on the

However, he has been told he will not be guaranteed first-team football with the Championship club next season.

"Playing for this historic club has been an absolute pleasure. Despite only being here for a year, I have enjoyed my time," Gomes told the club website.

"I want to say a big thank you to [manager] Gary [Bowyer], the staff, the players and, most importantly, the fans for making me feel so welcome.

"I will look out for Blackburn's results and I hope they can achieve their goal of getting back into the Premier League."

I fully understand that, at this stage in his career, he wants to play regular football. Unfortunately I can't give him those guarantees

The former Fiorentina and Benfica forward made a superb start to the 2012-13 season, scoring four times in his first six appearances for Rovers.

However, he failed to score again in another 14 outings.

Bowyer described Gomes as a "model professional" who had been a "fantastic influence" on the younger players at the club.

He added: "I fully understand that, at this stage in his career, he wants to play regular football. Unfortunately I can't give him those guarantees.

"I spoke to Nuno about the situation and we have agreed to terminate his contract, so that he is free to source other options in order to prolong what has been a long and distinguished playing career."