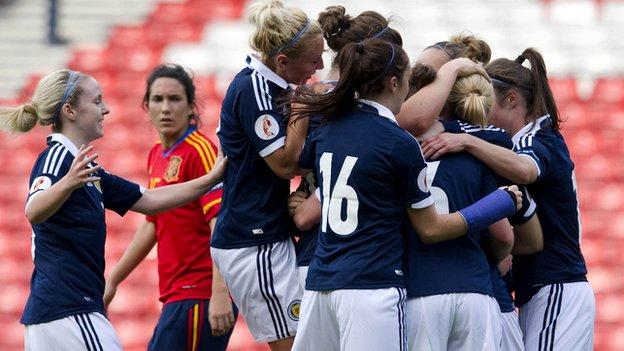 Scotland are one of seven nations to express an interest in hosting the 2017 Women's European Championship finals.

The Scottish FA has been invited by Uefa to attend an observer programme during Euro 2013 which kicks off in Sweden next month.

The other interested nations are Austria, France, Israel, the Netherlands, Poland and Switzerland.

All potential hosts will know the requirements by the end of the year and have until October 2014 to submit bids.

A decision is expected in December 2014.

Scotland lost out to Spain in a play-off for a place at Euro 2013, with a last-minute goal in extra-time sending the Spaniards through 4-3 on aggregate.