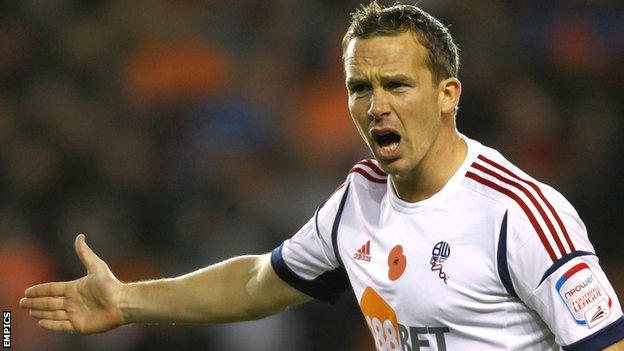 The 36-year-old was and held talks with North End earlier this week.

Grayson told BBC Radio Lancashire: "I'd like to think we've got certain things that will be in our favour.

"There might be other things that are not, but hopefully we've ticked enough boxes to suggest this is the right football club for him at this stage."

Grayson added: "If Kevin signs for us, it will be for personal and footballing reasons rather than financial reasons."

A host of other clubs, including Sheffield Wednesday, are also reported to be interested in signing former England forward Davies, who

Meanwhile, Grayson has admitted he has sympathy for striker Iain Hume, who has been made available for transfer.

The 29-year-old, who is on a lucrative contract at Deepdale and has been told he can leave as the club attempt to reduce their expenditure to comply with Financial Fair Play regulations.

"I like Iain as a player and keeping Iain Hume is more down to a financial decision rather than any footballing issues that we've got," said Grayson, who replaced Graham Westley as Preston boss in February.

"Everyone's aware that Iain's got a good salary here. He's on a contract from the Championship days and sometimes you have to do things for financial reasons rather than football reasons.

"I don't think when that contract was given to him, the club ever envisaged they would be in League One or the Financial Fair Play would be coming in as well.

"If he leaves the football club, we wish him well. If not and we have to manage the situation, I'll deal with that how we need to deal with it."

Midfielder Andy Procter has had his contract terminated by Preston, ending his 18-month stay at Deepdale.