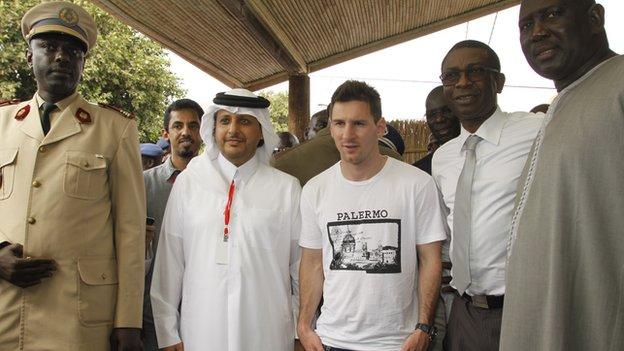 Barcelona star Lionel Messi has arrived in Senegal to help launch a campaign against malaria in Africa.

The reigning world footballer of the year is advocating the need to use medicated bed nets to reduce the pace of the disease on the continent.

"I am really delighted to come to Senegal," the Argentine told BBC Sport.

"My commitment to be part of this battle against malaria is relentless. Whenever I have the opportunity to help, I will not hesitate."

It aims to distribute 400,000 bed nets in 10 countries in Africa, with that figure increasing to 1m nets each year throughout the continent.

About 700,000 people die every year die from malaria, with 91% of those fatalities occurring in Africa.

The majority of the deaths are children younger than five years old, with 180 children dying from malaria every 90 minutes - the same time it takes to play a football match.

Messi, 26, added: "There is no doubt that I'll co-operate with organisations involved in this initiative to trim out the pernicious effects of malaria."