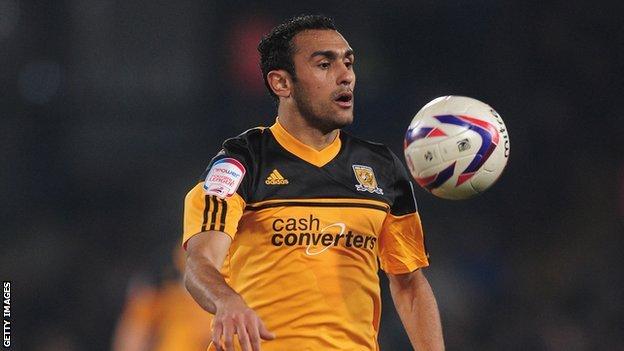 Hull City have signed Egypt international Ahmed Elmohamady for an undisclosed fee understood to be around £2m on a three-year contract.

The 25-year-old spent last season on loan at the KC Stadium from Sunderland.

He scored three goals in 41 games as he helped the Tigers win promotion to the Premier League.

Midfielder Elmohamady told the club website: "It feels great to be here permanently, especially after what happened here last season."

It is the second time he has been signed by Hull boss Steve Bruce, who in 2010, when he was Sunderland manager, brought Elmohamady to the Stadium of Light on loan from Cairo-based ENPPI before making the move permanent.

"The manager was the one who brought me over from Egypt to play for Sunderland and now he has brought me here," said Elmohamady.

"I really enjoy playing for him and I look forward to doing so again now."

Elmohamady has been away playing for Egypt and will now take the opportunity to take a holiday before returning for pre-season training.