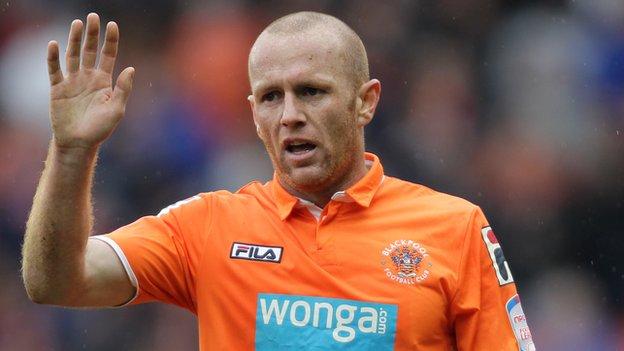 He has agreed a one-year deal with the FA Cup winners, who were relegated from the Premier League in May.

Pollitt, Wigan's first signing following the Latics' promotion to the Premier League in 2005, has played 52 times.

His two appearances last season came in both third-round ties with Bournemouth in January, at the start of their Cup-winning run.

He suffered a thigh injury in a replay against the Cherries, which kept him out for the remainder of the campaign.

But he will return to pre-season training with Coyle's side on Monday, ready to fight for a first-team spot as Wigan prepare for life back in the second tier.

"I picked up a bad injury, the worst of my career to be honest, but I'm feeling good now," Pollitt told the club website.

"I managed to get some training in towards the end of the season and have been doing a lot of work during the summer to make sure I can come back to training fighting fit."

As for Crainey, the former Celtic defender moves on after six years at Bloomfield Road, during which time he helped the Seasiders win promotion to the top flight in 2010.

"I felt it was time for a new challenge at this stage of my career," Crainey told the club website.

"The Championship is a gruelling division, with tough games every week, but that and the chance to play European football, is a challenge I'm really looking forward to."