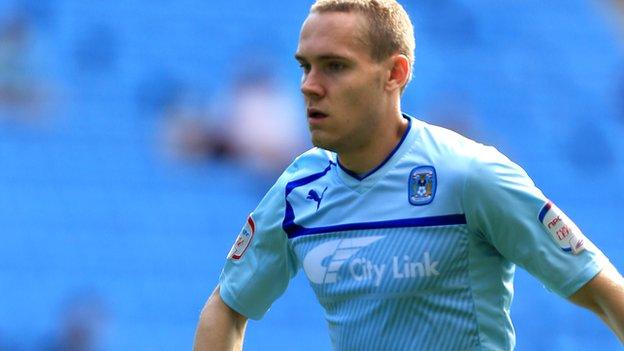 Burton Albion have signed defender Chris Hussey on a free transfer after he was released by League Two rivals AFC Wimbledon.

Hussey, 24, made 19 appearances for the Dons last term after his contract with League One side Coventry City was terminated by mutual consent.

Rowett told the club's website: "I believe Chris can kick on and add some real quality on the left."

The left-back, who had two stints with Wimbledon either side of his four-year spell with the Sky Blues, is delighted by his latest move.

"As soon as I spoke to the manager and he outlined his ideas for the club I was keen to be a part of it and knew it was the correct decision to make," he said.