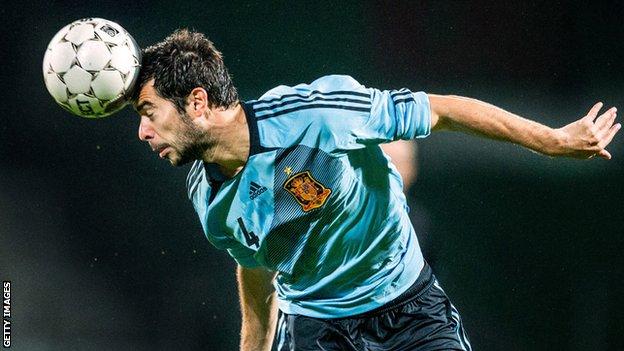 Swansea City have signed Jordi Amat from Espanyol on a four-year deal for £2.5m.

The central defender, 21, impressed while on loan at Rayo Vallecano during the 2012-13 season, scoring once in 27 appearances.

Amat has represented Spain at every age group level from under-16 to under-21 and has played twice for Catalonia.

"One of my dreams has been to play in the Premier League, and I can do that here with Swansea," Amat said.

"I watched Swansea last season. What the club achieved was incredible. To finish in the top half of the Premier League and win a trophy too is a massive achievement.

"In Spain, Swansea are very famous now. They talk a lot about the club and how they have become a successful team in the Premier League with an attractive style of play.

"I am very grateful to the chairman and Michael Laudrup for giving me this opportunity and showing a lot of faith in me.

"My target now is to repay their faith and do everything I can to help the team."

He is the club's second Spanish signing this summer, after Jose Canas joined on a free transfer from Real Betis.