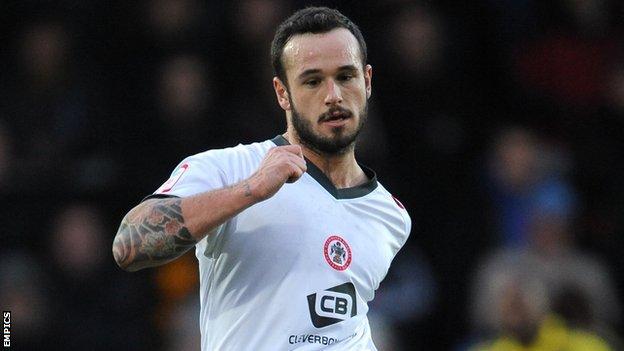 Crewe have signed winger Lee Molyneux on a two-year deal after his contract expired at Accrington Stanley.

The 24-year-old, who joined Stanley last summer, ended the season well, scoring eight times in 12 games, including a hat-trick against Barnet.

The former Everton trainee, who has also been utilised as a left-back, has previously had spells at Southampton, Port Vale and Plymouth.

Meanwhile, the Alex are hopeful that injured pair Mathias Pogba and Gregor Robertson will both be fit for the campaign opener against Rotherham United on 3 August.

Striker Pogba, Crewe's 16-goal top scorer last season, missed the last seven games after suffering a torn thigh in the 1-0 win over Preston in early April. But, after recuperating in Italy following surgery, he is now back in training.

Robertson missed the final nine matches of the campaign after suffering an Achilles tendon injury at Crawley in late March.