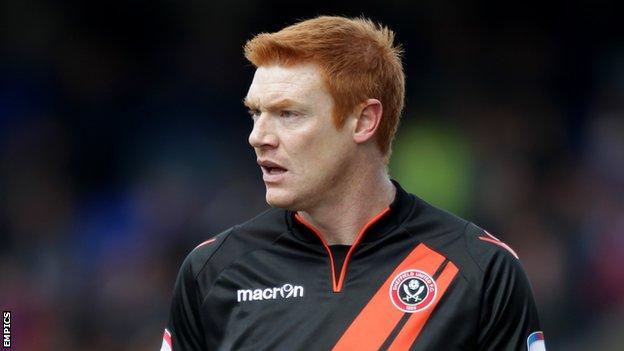 Dave Kitson says he is desperate to help Oxford achieve success after joining the club on a two-year deal.

The 33-year-old ex-Reading, Stoke and Sheffield United striker's only honour to date was winning the Championship title with the Royals in 2006.

"I'm not looking for an easy pay day," he told BBC Radio Oxford. "I want to go somewhere where I can win something.

"I've won one trophy in my career and for the ability of players I've played with, that's pretty scandalous."

I really want to go somewhere and try and achieve something before it's too late -that's why we're in football, you've want to win something otherwise it's pointless

He continued: "I really want to go somewhere and try and achieve something before it's too late - that's why we're in football, you want to win something, otherwise it's pointless."

Kitson had been looking for a new club following his release by the Blades, who missed out on promotion to the Championship last season when they were beaten by Yeovil in the play-off semi-finals.

He has scored 125 goals in 388 league appearances for six clubs and chose Oxford after receiving a number of offers from both home and abroad.

"There was interest all over, from the Emirates, America and plenty of clubs in the Football League, but when you've got a young family you have to set aside your dreams and consider everybody involved," he said.

"From a football point of view, I was more than happy to come to Oxford as I think it's a great club with possibilities, and I can pick my kids up from school, so everyone's happy."