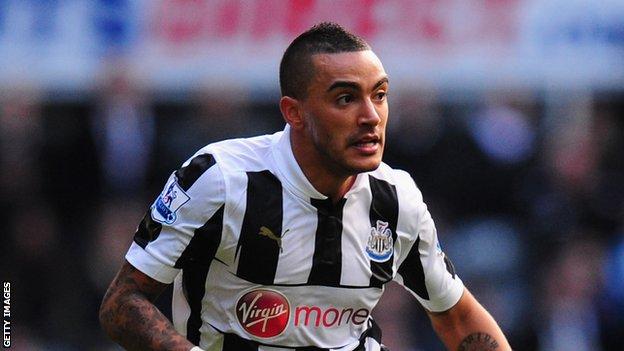 QPR have agreed to sign defender Danny Simpson on a three-year deal following his release by Newcastle.

The 26-year-old will join the R's on 1 July after the conclusion of his existing contract with the Magpies.

Simpson told his new club's website: "Harry Redknapp is a top manager and as soon as I spoke to him I knew this was the right move for me.

"I've always admired him. He is a great man in the game and I have a lot of respect for him."

The former Manchester United trainee made 137 appearances for Newcastle after joining the Tynesiders, initially on loan, in August 2010.

"From what I have heard they [QPR] are very determined to put things behind them and start afresh and get back into the Premier League where the club belongs," he added.

"I want to play my part in that and do everything I can for the club and the fans. I really think we can go straight back up."

Redknapp said that Simpson will prove to to be a "fine acquisition" for the club.

"He's a good professional, a good character and a good player who knows his job in the side," Redknapp said.

"It's a fantastic piece of business for the club on a free transfer.

"I spoke to a few of the coaching staff at Newcastle - friends of mine from over the years who I know and trust - and they spoke very highly of him."