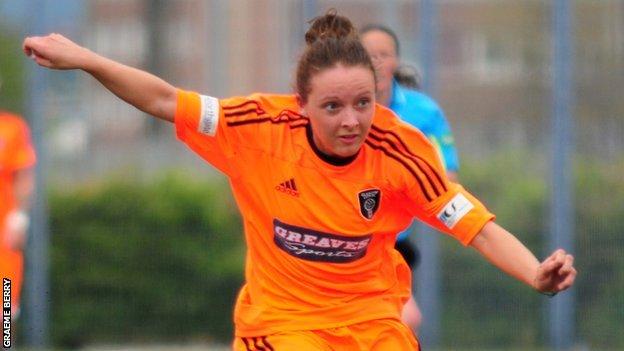 Glasgow City have been handed a tough draw in the UEFA Women's Champions League qualifying draw.

The Scottish champions, who were among the top seeds in the draw will face Dutch side FC Twente, who won the combined Dutch/Belgian League.

Croatian champions Osijek and Maltese league winners Birkirkara are also in the group.

"Is this a difficult draw? Yes. Am I excited about it? Absolutely," said City assistant coach Donald Jennow.

"Holland is a nation who develop athletic, technical players with the well documented 'Total Football' as their foundation.

"Osijek are a team we faced last year and had to work very hard to beat in the qualifying round. They are as strong a pot three team as there is and we are well aware of the challenge they will pose.

"Maltese champions Birkirkara beat another of our previous opponents Mosta to the title to earn their place in the Qualifying Round," he added.