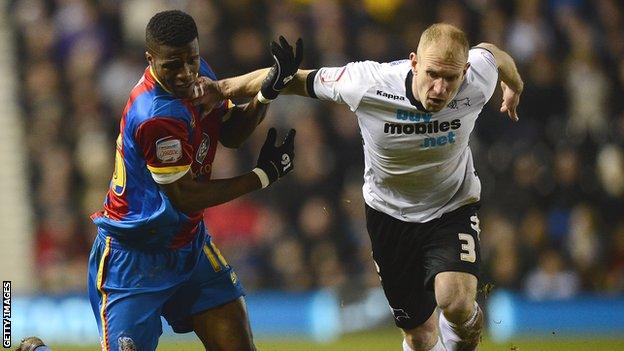 Veteran full-back Roberts, 35, and has agreed a one-year deal at Gigg Lane.

Grimes, a 26-year-old who can play as a striker or winger, joins on a two-year contract after being

Roberts and Grimes are the first new arrivals since of the League Two club.

Before his spell at Derby, Roberts had appeared on more than 300 occasions for Tranmere and also had four years at Doncaster.

In addition, he won nine international caps for Wales, the last coming in 2005.

Holden was but was later offered the chance to return.

Grimes joined Rochdale from Millwall in 2011 and featured 83 times for the club, scoring 22 goals.

The Shakers started pre-season training on Monday with