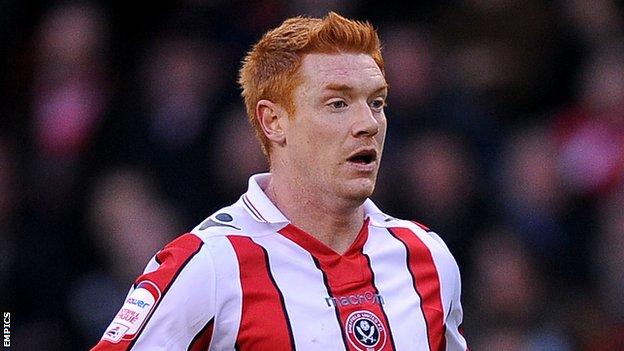 The 33-year-old scored 12 times in 37 games for the Blades last campaign as they missed out on promotion to the Championship via the play-offs.

And after being released this summer, the ex-Reading, Stoke and Portsmouth forward will join the U's on 1 July.

"I had a number of clubs interested but the ambition and set-up here is excellent," he told the Oxford website.

"It is a good club with a good manager and a very good squad.

"Oxford is the only League Two club that I considered because at this stage in my career I am looking to be part of a successful promotion campaign."

And U's boss Chris Wilder added that signing Kitson was a priority for this summer.

"As soon as we knew he was available he was my number one target," he said.

"We have strengthened what we considered a key area for the season ahead."