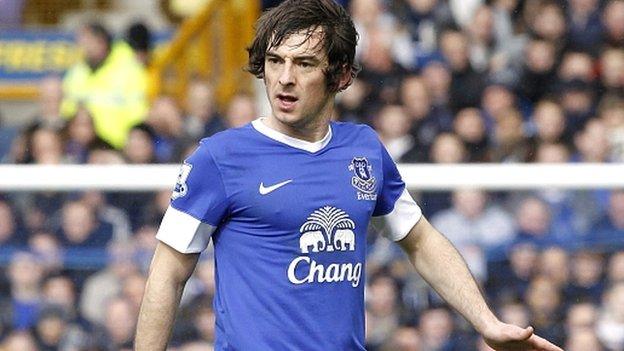 Moyes has made Baines, 28, one of his top transfer priorities as he prepares to take charge officially at United after his move from Goodison Park.

He is almost certain to return with an improved offer to persuade Everton to part with one of their prize assets.

However, Everton's stance on Baines has been a firm "not for sale".

New Toffees manager Roberto Martinez made it clear he would like the left-back, who was named in the PFA's 2012-13 Premier League team of the year, to sign a new contract.

Moyes' move casts doubt on the long-term future of 32-year-old Patrice Evra as Baines, one of Everton's outstanding performers last season, will want regular first-team football with the World Cup to be staged in Brazil next summer.

And Baines has recently spoken about how much he is relishing working with Martinez, who has replaced Moyes at Everton following his decision to end his 11-year tenure at Goodison Park and succeed Sir Alex Ferguson at Old Trafford.

Baines said: "We've chatted on the phone. It was just about speaking about the start of the season and looking forward to working with each other. Anyone you speak to only says great things about him."