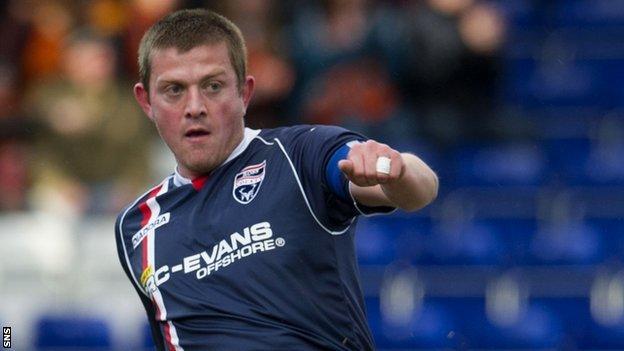 The Ross County captain signed a pre-contract with the Perth club in January, but changed his mind about the move for family reasons in April.

Brittain then signed a new contract with County, while Saints asked the football authorities to intervene.

County said, contrary to media reports, they did not pay Saints a fee to release Brittain.

In a statement, St Johnstone said the chairmen of both Scottish Premier League clubs agreed the move.

Saints said: "Following a meeting between our chairman Steve Brown and his opposite number at Ross County, St Johnstone FC wishes to announce that an agreement has been reached, on terms that are acceptable to St Johnstone, for the cancellation of the Scottish Premier League contract between St Johnstone FC and the player Richard Brittain."

In a statement on their website, County said: "Contrary to reports in this morning's media, Ross County Football Club would like to state that no transfer fee was paid to St Johnstone Football Club for the services of Richard Brittain.

"Our chairman paid a small contribution to their community programme."