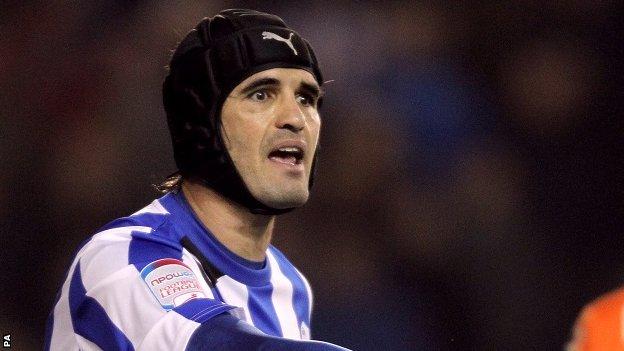 Llera, who initially joined the Owls on loan in November 2011, was a near ever-present for the Owls last season.

The 33-year-old plays in protective head gear after twice suffering head injuries during his career.

Llera told BBC Radio Sheffield: "Me and my family are very happy here, I did have other options but this was always my number one choice."

Llera appeared for Alicante, Gimnastic and Hercules in Spain before being coming to England in 2008 to play for Milton Keynes Dons. He has also played for Charlton Athletic, Blackpool and Brentford.

Since moving to Hillsborough Llera has made 66 appearances, scoring ten goals.