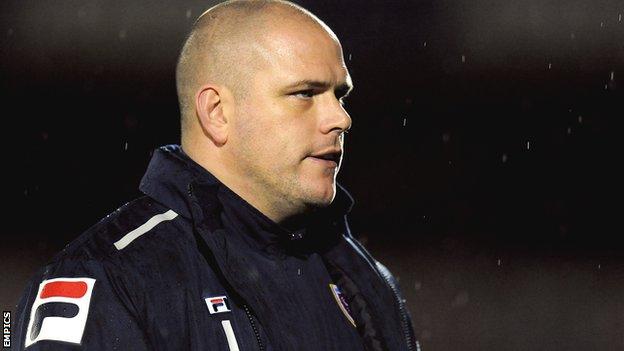 Morecambe have made out-of-contract Stockport midfielder Alex Kenyon their fourth signing of the summer.

Kenyon, who was County's player of the year in 2012-13, has agreed a one-year contract with Jim Bentley's Shrimps.

Stockport may be due compensation for the 20-year-old, who will be playing in the Football League for the first time, as they offered him a new deal.

"I have spoken to a lot of people about Alex and everyone has spoken highly of him," Bentley told the club website.

"He was excellent for Stockport last season, playing 40 games for them, and is another player who can play in a range of positions. He will be a fantastic addition to our squad."

Kenyon, who played for Lancaster City before joing Stockport in 2012, will join Marcus Marshall, Tony Diagne and Jack Sampson at the Globe Arena next season.