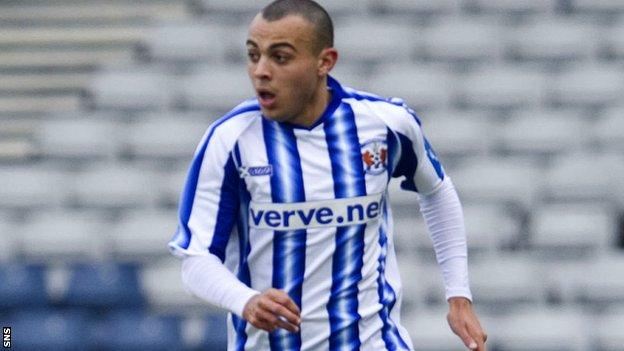 The left-back was released by Chelsea in January and later signed a one-month contract with Yeovil Town.

They join Dutch wingers Darren Maatsen and Melvin De Leeuw in signing up at Ross County.

Gordon, 22, spent six months on loan with Killie in the second half of 2010, making 21 appearances.

The former Leeds youngster also spent time as a loanee at Tranmere, Scunthorpe, Peterborough and Birmingham.

He then returned to Ayrshire in January 2012 and notched up a further 20 run outs for Kilmarnock, including a starting slot in the Scottish Communities League Cup final success over Celtic at Hampden.