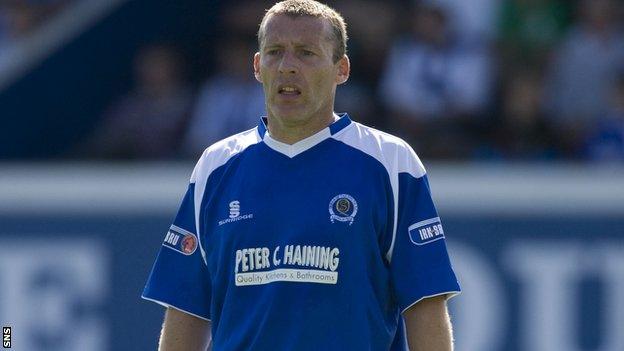 Former Inverness CT midfielder Barry Wilson has taken himself out of the running for the vacant Queen of the South manager's position.

Wilson, 41, is currently manager of Highland League side Wick Academy and was interviewed by the Second Division champions in Glasgow on Wednesday.

But family and business reasons, amongst others, meant he ruled it out.

He felt Dumfries was too far away from his base in Dingwall and feels he still has unfinished business at Wick.

BBC Scotland has learned a small number of candidates have been interviewed for the role at Palmerston.

The Dumfries-based side are looking to fill the role following Allan Johnston's departure to take over as manager of Scottish Premier League club Kilmarnock.