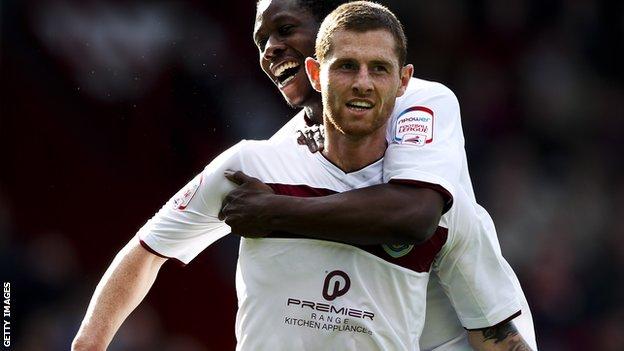 Wigan Athletic have announced that midfielder Chris McCann is to join on a free transfer.

McCann has agreed a three-year deal, and is the first signing for new manager Owen Coyle.

The 25-year-old, who played under Coyle at Burnley, will join on 1 July after his contract with the Clarets expires.

"I had the pleasure of working with him at Burnley, and on a number of occasions we turned down some big money bids for him," said Coyle.

"He's still young in football terms, has plenty to offer and I hope to see him playing a big role at Wigan Athletic.

"He's a powerful, attacking midfielder who scores goals, plays from box-to-box and isn't scared to put his foot in when it comes to winning the ball back."

Dublin-born McCann made 238 league appearances for Burnley between 2005 and 2013 and scored 27 times, following his arrival from Home Farm.