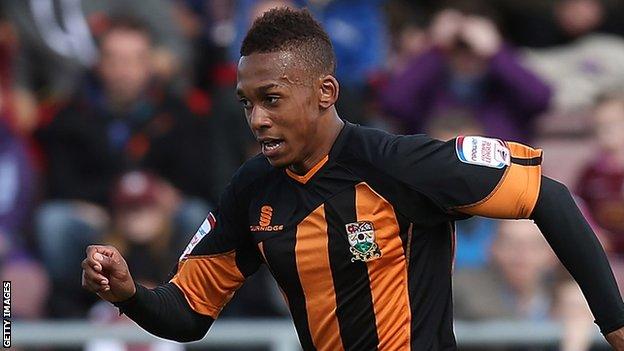 Barnet have completed the signings of defender Anthony Acheampong and winger Keanu Marsh-Brown.

Acheampong arrives from Welling United with the transfer fee to be settled by a tribunal after he had been offered at new deal by the Wings.

The 23-year-old made 44 appearances for Welling last season, helping them clinch the Conference South title.

"I am very pleased to be here, it is big club with massive ambition so I am very happy to have joined," Acheampong told the club's website.

Winger Marsh-Brown began his career with Fulham before going on to play for MK Dons, Dundee United, Oldham and Yeovil.

He made 21 appearances for the Glovers last season before leaving the club by mutual consent in January.

The Bees were relegated from League Two last season and will begin life in the Conference Premier with Edgar Davids at the helm.